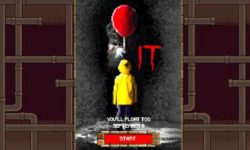 In a small town, children suddenly begin to disappear. No one knows where they are, and not a single child has yet been ...
IT: Enter the Sewer
4.3
2453 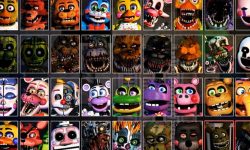 It seems like that story of violent animatronics and your curse will never end, because you are going to collide with ...
UCN Jumpscare Simulator
4.5
10393 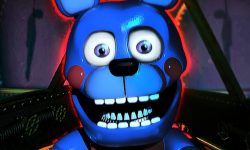 During the day, this is the best pizza house in the neighborhood. Everyone gladly comes here to watch charming ...
Five Nights at Freddy’s
4.7
3001 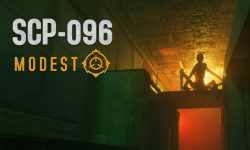 Attention! A highly dangerous research objects has just escaped from a secret lab! He has supernatural abilities and he ...
SCP-096: Modest
4.6
1349 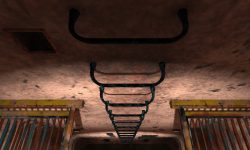 If you already played the previous chapters of the game, you know how it all started. But even if you didn't, it won't ...
Laqueus Escape: Chapter 4
4.4
934 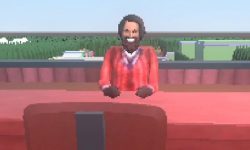 Working as a bartender isn't particularly exciting. But not if you work at a haunted bar! There are weird sounds coming ...
One-Way Ticket (Ep. 2)
4.7
493 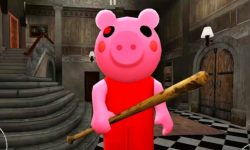 This piggy might look friendly and innocent on the outside. But he is actually a wicked killer! This game will take you ...
Piggy: Escape from Pig
4.3
2336 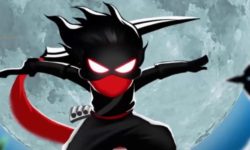 This is not the kind of park where you can ride a roller coaster and hear children's laughter. It's quite and desolate. ...
Stickman Death Park
3.7
714 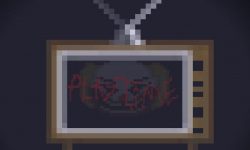 Clowns are considered to be funny and kind. But these ones are totally different! They have locked you inside a huge ...
Play Time
2.8
612 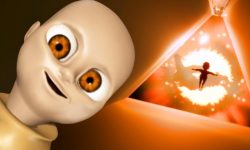 This strange kid is always dressed in yellow. You didn't play particular attention to it when you got hired as a nanny ...
The Baby In Yellow
4.3
6660 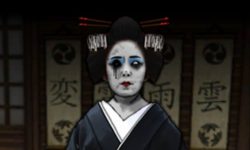 Obsessed people can do everything to reach and get their desired objects. You are an art collector, ready to risk your ...
Portrait of an Obsession: A Forgotten Hill Tale
3.2
431

One of the most striking investigation horrors called Nox Timore is available for your browser now. This means that the ...
Nox Timore
4.4
587
123»

IT: Enter the Sewer

The Baby In Yellow

Portrait of an Obsession: A Forgotten Hill Tale

Slender Clown: Be Afraid of It!

There is probably no such person who needs to be told who this terrible clown killer named It is. This is one of the most famous horror characters from the book by Stephen King. Under the guise of a cheerful clown makeup, a merciless maniac is hiding. He travels with the circus through different cities, kidnaps and kills children. But no, he isn’t just a madman who simply could not cope with the dark side of his psyche. Judging by how events evolved both in the book itself and in the movie based on it, it is a supernatural being, perhaps not even from our world. But it chose human society precisely for the reason that people experience fear. And fear is the substance that nourishes It. Killing and eating his victims, the terrible clown is literally saturated with vital energy. This went on for many years and even centuries. Until a handful of teenagers crossed his path and finally managed to deal with him. In Death Park and Scary Clown It games you have to play the role of one of these brave guys setting off into an abandoned amusement park to fight the ancient evil! Or at least get out of there alive …

The situation, to put it mildly, doesn’t contribute to inner peace and good mood. Firstly, it’s night, nothing is visible around. Visitors have long gone home, and even the slightest shadow scares you. Secondly, the creepy clown is just a step behind. He watches you from a secluded place and follows you breathing down your neck. He doesn’t leave you alone, continually reminding you of his presence. As soon as you breathe a sigh of relief and feel safe, you will hear a frightening laugh somewhere nearby. All these moments push the situation to the limit, your nerves are stretched like a string, you wait for something spooky to happen every second. And now, when the terrible face of a clown finally appears in front of you from nowhere exactly when you least expect it, it’s quite possible to not just jump up from surprise, but also scream out in horror.

Solve puzzles and save your skin!

The game is a giant puzzle consisting of several levels. Going around the whole park, you will find new buildings that are also worth searching through. At each location, puzzles and hints await you. If you put them together and think carefully, you can find a connection between them and unravel the mystery of this park. And also the clown himself, finally finding a weapon against this dark force. But to get to the next piece of the puzzle and most importantly apply the acquired knowledge against your enemy, you need not to fall into his clutches. So, even in the moments of greatest enthusiasm, you shouldn’t lose vigilance. Watch carefully where you are stepping, check every corner. The clown can hide anywhere, but he certainly won’t attack while you are on guard. But once you relax – that’s it, he’ll make his move! So this is a task for the attentive and cold-blooded. Play Death Park and Scary Clown It online and check how resistant you are to creepy emotions and whether you can oppose terrifying creatures and serial killers!